The Faculty of Education at the University of British Columbia will once again offer the free Massive Open Online Course (MOOC): Reconciliation Through Indigenous Education starting January 30th, 2018.
Please share with colleagues, educators, staff, community members, students or others, the information on the updated and revised MOOC offering.
This is a free 6 week course supporting professional and personal learning for advancing Indigenous perspectives and reconciliation in community, education, and work contexts. It runs asynchronous, which means you view materials and engage in the course at your own pace. There are many exemplars from Canada, Australia, the US, and New Zealand.
Registration now open at:
https://www.edx.org/course/reconciliation-through-indigenous-education

This entry was posted in Course, News, Resources.

The 16th Annual Indigenous Graduate Student Symposium (IGSS) will be hosted at UBC Vancouver in the traditional, ancestral, and unceded territory of the Musqueam people. The Call for Papers will be going out soon, with an anticipated submission deadline of January 15th, so save the date and start preparing your presentations!

If you are interested in helping to organize IGSS, please email SAGE at grad.sage@ubc.ca The first planning meeting will occur Thursday November 16th at the UBC longhouse (joining via Skype is also an option), and we are always grateful for help on the day of the event.

This entry was posted in Calls for Paper/Proposal, CFP, Events, News, Research.

March 28, 2017 – The staff at the First Nations House of Learning acknowledges with great sadness the passing of their dear friend Beau Dick, Kwakwaka’wakw hereditary chief, renowned master carver, and for the past four years resident artist at UBC.

“We’re all tremendously saddened by Beau’s passing, and extend our deepest condolences to his family, friends and nation,” said Debra Martel, associate director of the First Nations House of Learning.

During his time at UBC, Beau was a mainstay presence at the Aboriginal student lunches, held weekly at the Longhouse’s Sty-Wet-Tan Great Hall, where often he generously shared a song or story, captivating everyone with his vivid and sincere expressions, and ready smile.

He is also remembered for hosting at the Longhouse, in 2014, the beginning of Awalaskenis II, the second leg of a traditional shaming ceremony that involved trekking with supporters to Parliament Hill in Ottawa to break copper to symbolize the Crown’s broken relationship with Indigenous peoples and the ongoing harm being done to the environment. It also served as a challenge to the government to mend these relations.

Prior to this event, Beau participated along with others in a welcome ceremony for Arvind Gupta, then the new UBC president.

Earlier that year, he hosted a potlatch at the Longhouse, which involved name giving, feasting, and dancing with sacred, seldom seen masks.

“He touched many students, staff and faculty here at UBC,” said Debra Martel. “His songs, stories and conversations always underscored his message of unity, community and a wish for everyone to respect and understand each other. He will be deeply missed.”

This entry was posted in News.

Melanie Bania presented the results of her study on preventing the criminalization of Indigenous youth at Ottawa City Hall on Tuesday. (Giacomo Panico/CBC )

A renewed focus on broader cultural education that confronts rather than ignores Canada’s “colonial history” could help steer Indigenous youth away from the criminal justice system, according to a new report by Crime Prevention Ottawa.

The report, titled Culture as Catalyst: Preventing the Criminalization of Indigenous Youth, was released during a presentation at Ottawa City Hall Tuesday morning.

Marc Maracle is the chair of the Ottawa Aboriginal Coalition, which helped lay the groundwork and provide background information for the report. (Roger Dubois/CBC)

According to the report, traumatic events stemming from “colonizing policies” such as the residential school system contribute to the disproportionately high rates of poverty, poor education and unsafe housing experienced by Indigenous people in Canada.
As a result, the paper concludes, Indigenous youth and adults are highly over-represented in the Canadian criminal justice system.
“The research also shows that a connection to culture is very important for all young people, but that for Indigenous people in particular that connection to culture is directly linked to their sense of identity,” said Melanie Bania, the report’s author. Read More…
Source: CBC News. February 17, 2017. Retrieved from: http://www.cbc.ca/news/canada/ottawa/indigenous-youth-criminalization-report-1.3982409 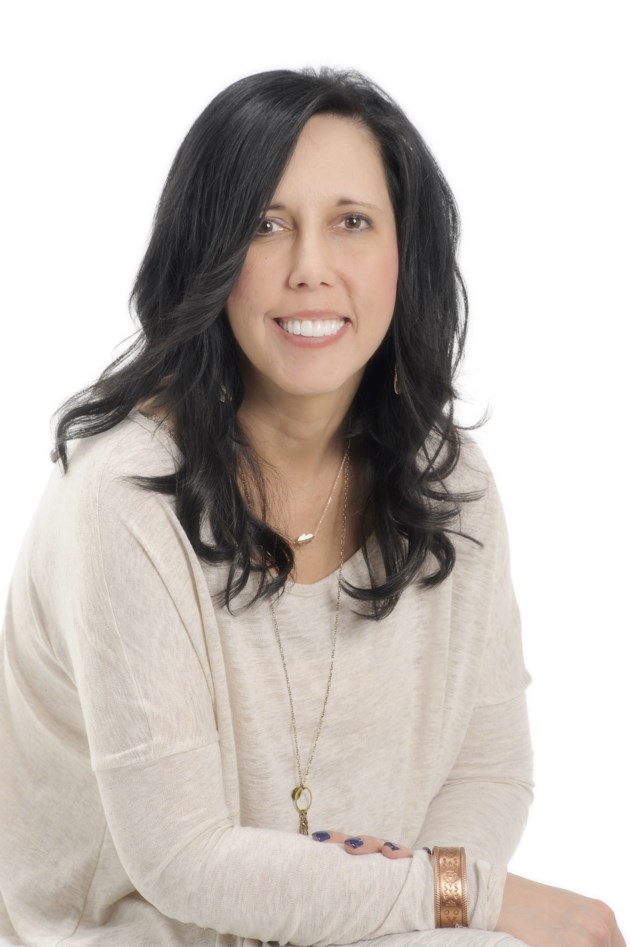 Dr. Carrie Bourassa is the new scientific director of the Canadian Institutes of Health Research’s Institute of Aboriginal Peoples’ Health, which is based at Health Sciences North’s Research Institute. Supplied photo.

The “glaring” health gaps between indigenous people and the rest of Canada is widening, says the new scientific director of the Canadian Institutes of Health Research’s Institute of Aboriginal Peoples’ Health.

The institute is being established in Sudbury with the Health Sciences North Research Institute, where researchers are engaged in cutting-edge research on healthy aging, cancer care, infectious diseases, precision medicine and northern and Indigenous health. It’s the first time an Institute has been established outside of a large urban centre.

Bourassa’s role, among many others, will be to train and mentor new scholars in indigenous health research, and to make sure research creates opportunities to close those gaps.

“From diabetes to HIV and AIDS to suicide rates, we really need to get a handle on the underlying impact,” Bourassa said.

Most of the issues stem from the intergenerational trauma associated with the ongoing impact of colonization, she said. Researchers can’t seem to get a handle on the complex ways those underlying social detriments interact.

She said she knows the solution can be found in communities, because they are the ones who understand the issues better than anyone else. Read More…

This entry was posted in News and tagged Aboriginal and Indigenous peoples, health, Indigenous Communities, Research.

With films like Pocahontas, Apocalypto, Peter Pan and The Green Inferno, it’s safe to say that Hollywood has a deplorable track record when it comes to its portrayal of Indigenous Peoples. Perhaps it’s to be expected given that films tend to be produced through a Eurocentric lens. Even when production companies try to get it right, they still somehow manage to fail–such as the case with Disney’s Moana.

It makes us all the more grateful that Hollywood has lost its monopoly on film. New Independent film makers are constantly emerging to give us something genuine, heartfelt and inspired to watch with family and friends.

This year was particularly exciting for indigenous film. Among the hundreds–if not, thousands–of feature films, documentaries and television shows that indigenous filmmakers made in 2016, indigenous nations started releasing their own independently-produced films to tell their own stories in their own words and languages.

We loved these animated shorts so much we just had to share them with you. Read more…

Watch the announcement of the Indian Residential School History and Dialogue Centre (IRSC), to be built at UBC. This $5.5-million building in the heart of campus will recognize the history and experiences of residential school survivors, and memorialize the thousands of indigenous children who died while in attendance.
Read more: http://ow.ly/JInK3048tvj

The University of British Columbia formally announced today the construction of the Indian Residential School History and Dialogue Centre (IRSC). This $5.5-million building in the heart of campus will recognize the history and experiences of residential school survivors, and memorialize the thousands of indigenous children who died while in attendance.

Watch the event live at http://aboriginal.ubc.ca/live-broadcast/ or on Facebook at https://www.facebook.com/universityofbc

Scheduled for completion in the 2017-18 academic year, IRSC will provide former students and their families with access to the records of the Truth and Reconciliation Commission of Canada, and give students and visitors ways to understand the history and lasting effects of Indian residential schools as a context for thinking about contemporary relationships. Advanced use of interactive media will give visitors the opportunity to explore extensive records and testimony and form their own understandings. The centre will also serve as a hub for academic and community research, education and public programming.

“The centre will provide the UBC community an opportunity for greater reflection on a difficult chapter in Canadian history,” said UBC President Santa Ono. “Recognition of our past is of critical importance to UBC and to all Canadians in planning our future. The centre will help us to collectively rethink the relationship between indigenous and non-indigenous peoples in this country.”

An affiliate site to the National Research Centre for Truth and Reconciliation in Winnipeg, IRSC will particularly focus on the experiences of indigenous peoples in B.C., where many of the schools were located, and will provide local access to records for survivors and their families on the West Coast.

“An important function of this centre is to acknowledge the lives and histories of indigenous peoples in Canada,” said Linc Kesler, director of the UBC First Nations House of Learning. “Through both policy and inaction, the circumstances of indigenous peoples have often been invisible in all but the most superficial ways. It is a responsibility of the university and the educational system as a whole to change that and provide the basis for more informed interactions.”

Canada’s Indian residential school system started in the 1800s. The government-sponsored system forced an estimated 150,000 indigenous children out of their homes and into strict religious boarding schools. Many were physically and sexually abused, and some were used as test subjects in nutritional and other forms of experimentation. An estimated 6,000 children died while in attendance. The last residential school closed in 1996 in Saskatchewan.

IRSC is developed in collaboration with Indian Residential School Survivor Society and in consultation with the Truth and Reconciliation Commission of Canada. For more information, click here.

“I am honoured to witness today’s historical announcement. By creating the Indian Residential School History and Dialogue Centre, UBC ensures that Justice Sinclair’s recommendation in the Truth and Reconciliation Report is achieved. The centre provides a place to house the history about the devastating impact that residential schools had on Aboriginal peoples that has been hidden from Canadians for generations. My mother, Cecilia (Dick) DeRose’s, 1950-51 residential school report card will be housed in this landmark centre along with other memorabilia. This centre will provide an important learning opportunity to all Canadians.”

“We commend UBC for its work to establish the Indian Residential School History and Dialogue Centre. It will not only be an important resource for residential school survivors, it will also play an important role in the path of reconciliation by helping to preserve the history, and to tell the stories, of this very dark time in Canadian history. Reconciliation in Canada can only be achieved by acknowledging our collective history. It is critical to continue to provide opportunities for Canadians to be educated on the residential school system in Canada and the deep negative impacts on indigenous peoples and communities across this country.”

“The twin issues of reconciliation and re-setting relationships between indigenous and non-indigenous peoples are truly global in scope, as forced residential schooling not only happened here in Canada but in other countries as well, including the United States, and so the legacies of this history are far-reaching as well. I am happy to see UBC host this centre, which will play an important role in public education and dialogue, with the hope of more just and respectful relationships in the future. I look forward to the opportunity to bring my students to this centre and actively engage them in these critical conversations.”

UBC has a long-standing commitment to aboriginal engagement, a key component of “Place and Promise”, the university’s strategic plan.

UBC recognizes its Vancouver and Kelowna campuses are situated on the traditional, ancestral and unceded territories of the Musqueam Indian Band and the Okanagan First Nation.

This entry was posted in Great News, News.